“I am delighted that Thomas Moore plays my music, studies and thinks, writes and talks about it.
He is an excellent musician, one in whom I have confidence and whose work I enjoy.” 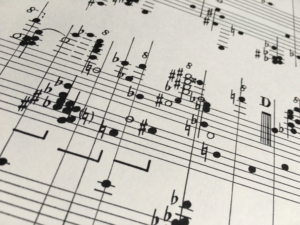 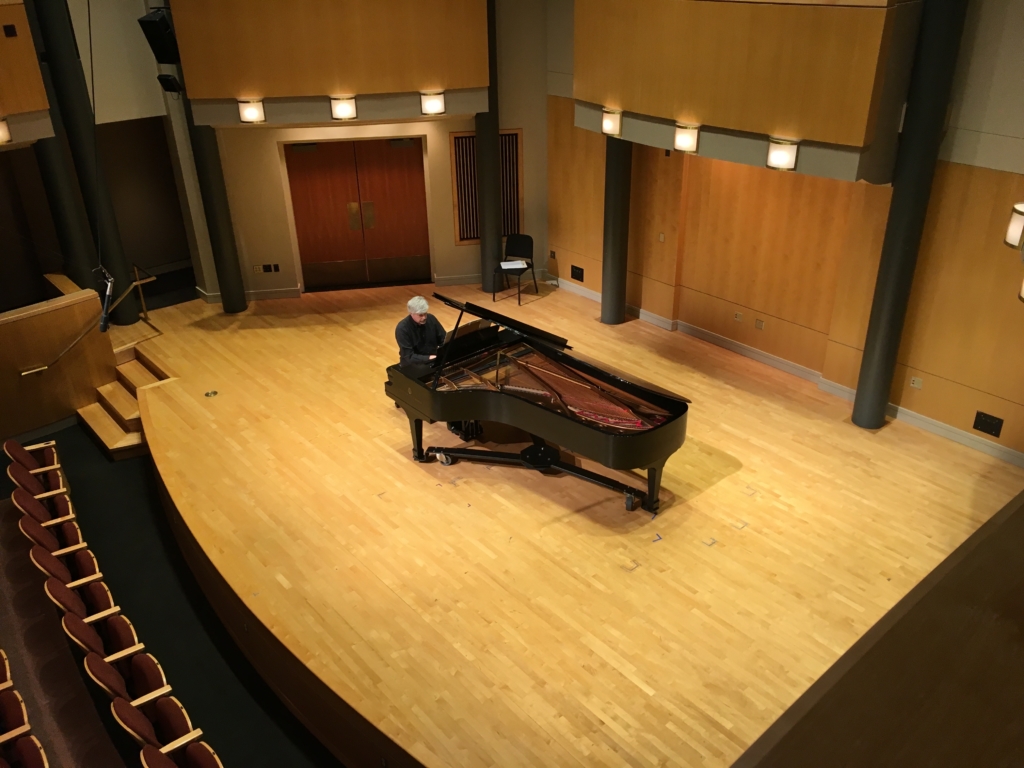 In 1982 Moore won the Grand Prize of the International Piano Recording Competition for his recording of George Crumb’s Makrokosmos, Volume I, described by the jury as “Stunning, alive, intelligent and imaginative, transcending accuracy to and dedication to the score, becoming a truly theatrical and musical experience.”

“Expertly played, merging the attractions of meaningful structure into those of fascinating texture…”
— The Washington Post 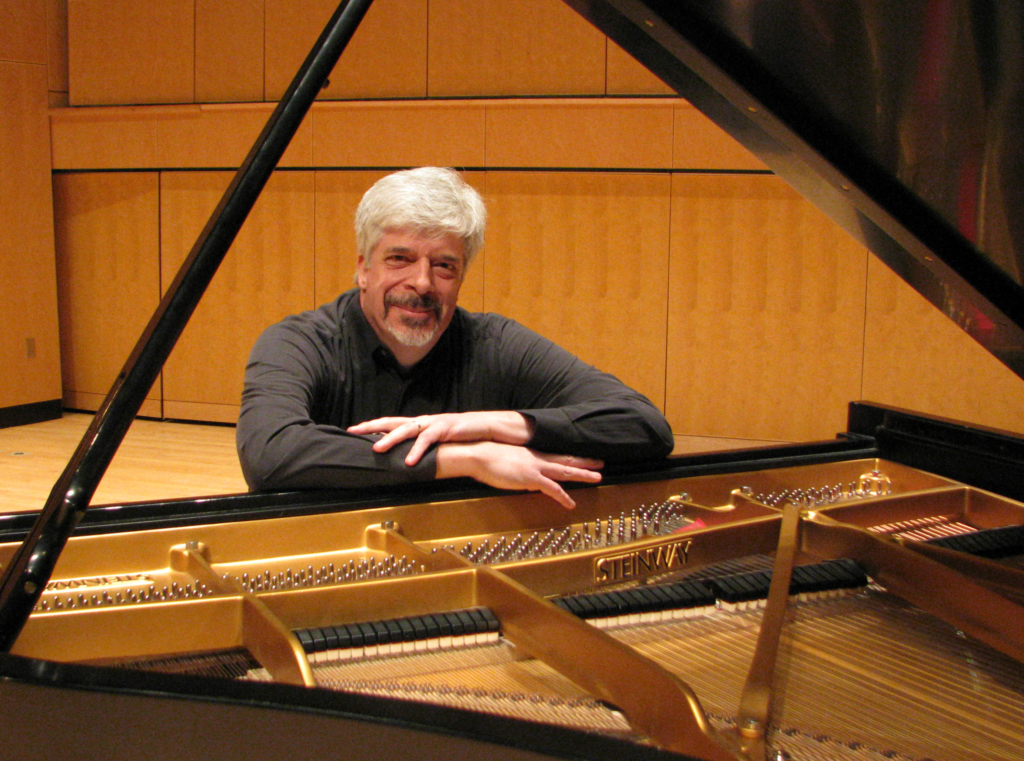 In the 1970s and 80s, Moore produced weekly programs on new music for public radio stations in the Baltimore-Washington area (beginning at the legendary WGTB-FM) that featured interviews with composers Robert Ashley, David Behrman, John Cage, Morton Feldman, Philip Glass, Alvin Lucier, Conlon Nancarrow, Pauline Oliveros, Steve Reich, Roger Reynolds, David Tudor, and others. Moore’s conversations with Cage and Feldman appeared in the journal Sonus; the Cage interview was excerpted in Perspectives of New Music and Conversing with Cage, and the Feldman interview was republished in 2006 in Morton Feldman Says. Thomas Moore was also assistant producer of the feature film Endgame, featuring the San Quentin Drama Workshop, part of the Beckett Directs Beckett series published by the Smithsonian Institution Press. From 1995 through the early 2000s, Moore hosted the extensive website New Music Links, and was a content contributor to Andante.com. In fall 2021, he was featured on WaveFarm’s All Things Cage, hosted by Laura Kuhn, executive director of the John Cage Trust.

Thomas Moore has collaborated with the late choreographer Robert Ellis Dunn (founder of the Judson Dance Theater); poet and essayist Joan Retallack; percussionist Tom Goldstein; visual artist Bill Seaman; composer Andrew Culver, with whom he was an artist in residence at the Yellow Springs Institute; the ensemble Relâche, with which he staged a performance of Erik Satie’s Vexations in Philadelphia on the anniversary of John Cage’s 90th birthday in 2002; the Ruckus Ensemble at UMBC, with which he has toured; and many other artists.

Thomas Moore has been Director of Arts and Culture in Institutional Advancement at UMBC since 1995. A recipient of the Individual Artist Award from the Maryland State Arts Council, in 2019 he received the Excellence in Arts Award from the Greater Baltimore Cultural Alliance, and serves as the board chair for the Catonsville Arts District.

In 2006, he was featured by mistake on the Late Show with David Letterman. In January 2018, he infamously burned some salmon so badly that Gordon Ramsey remarked that it had been turned into charcoal, resulting in 192,582 impressions and 143,672 engagements on Twitter.