It was always a delight when a letter from John arrived in the mail. Exceptionally generous with his time, he nearly always replied to letters or notes, and his volume of correspondence was remarkable (as witness the recent volume of letters edited by Laura Kuhn). He usually wrote on Note-O-Gram stationery, designed for the recipient to write a reply. I’ve pulled together some letters here that I thought would be fun to share (including a silly one from me). 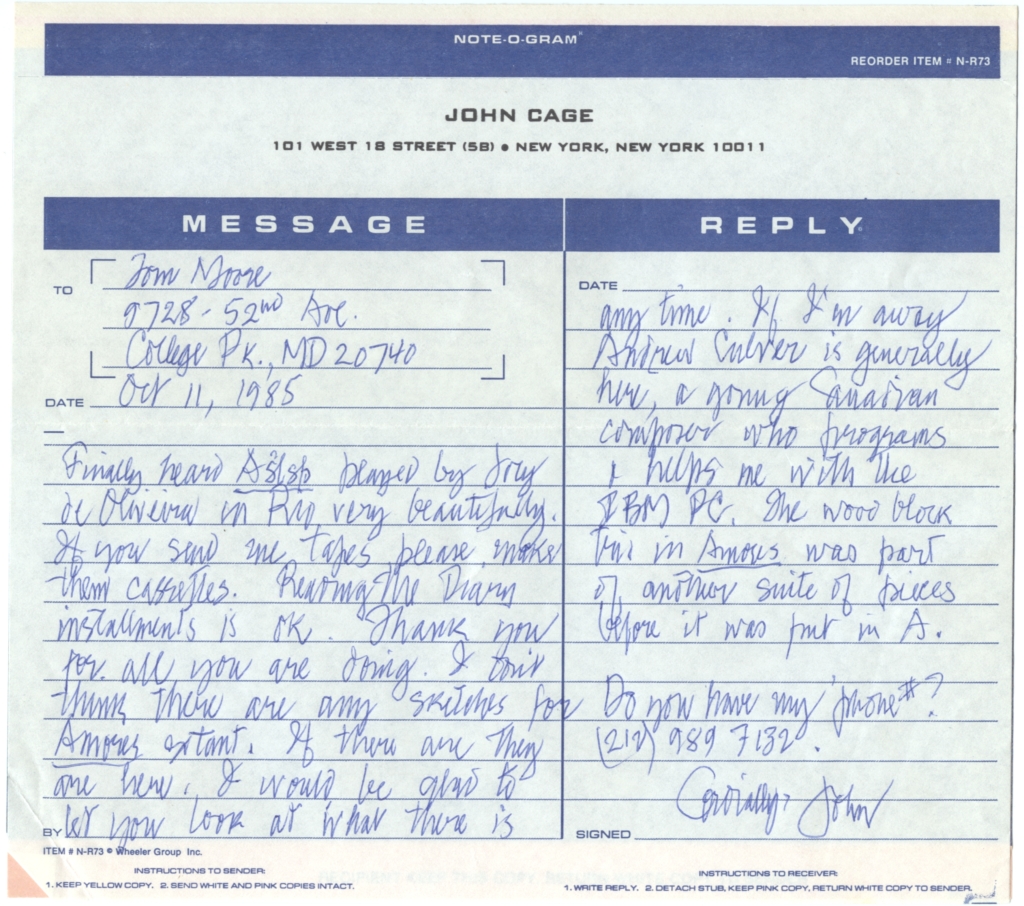 The letter above was in reply to a long one I sent John on 22 April 1986, in which I had written about performances of ASLSP (which John wrote at my request),  reading the Diary over the air, and thanking John for sending some recordings. “I’m currently reading the Diary: How to Improve the World (You Will Only Make Matters Worse) on my radio program. Each week (I’m on once a week) I read a successive installment (this week #4). Listeners are delighted.” John also answered a question about the availability of sketches for Amores, saying he didn’t think any existed. 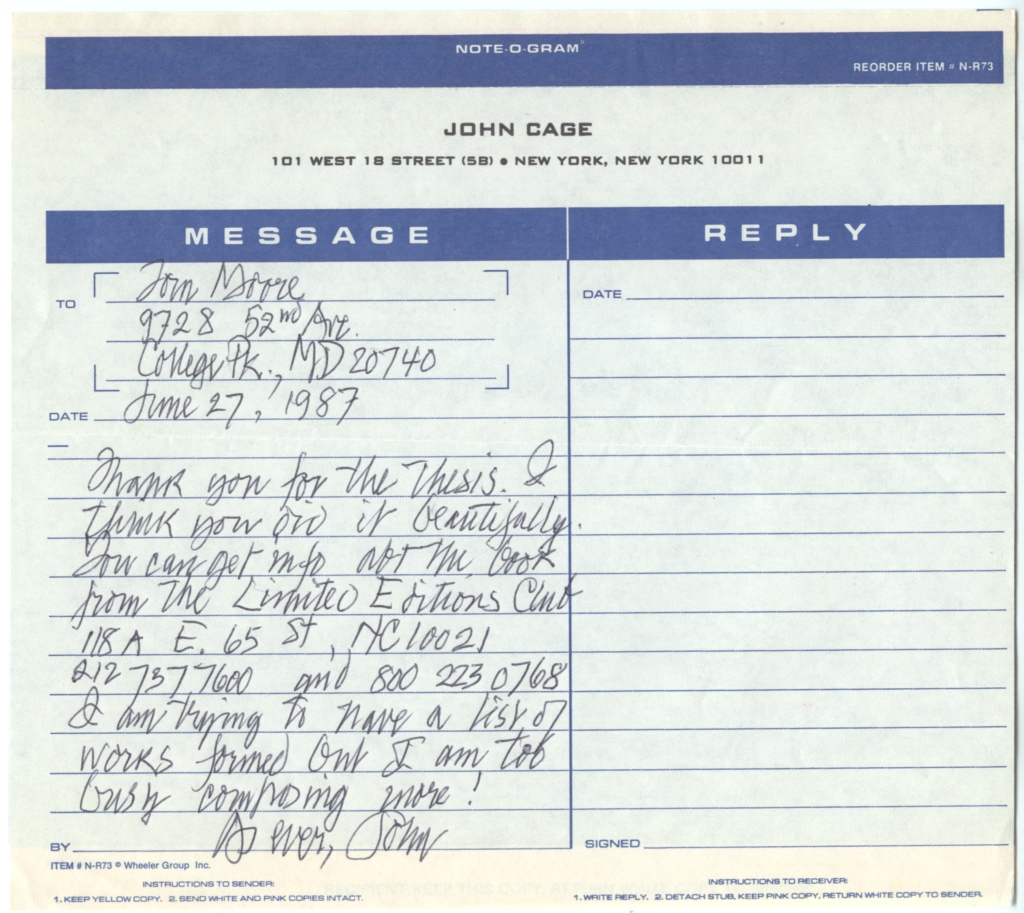 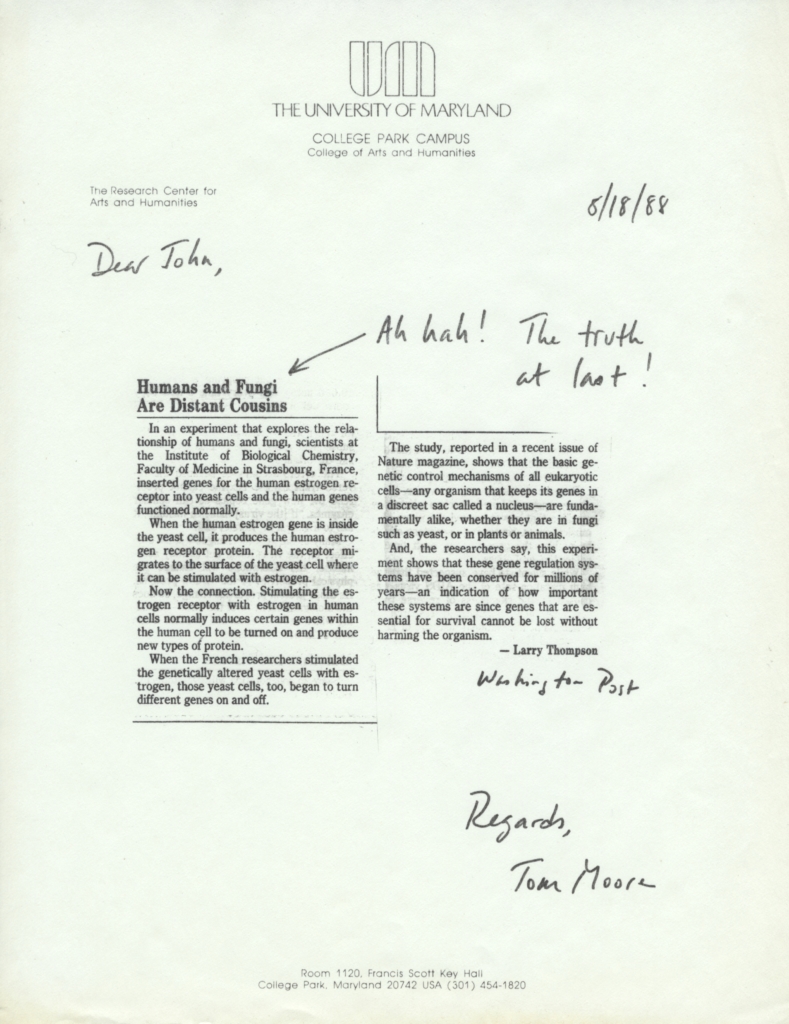 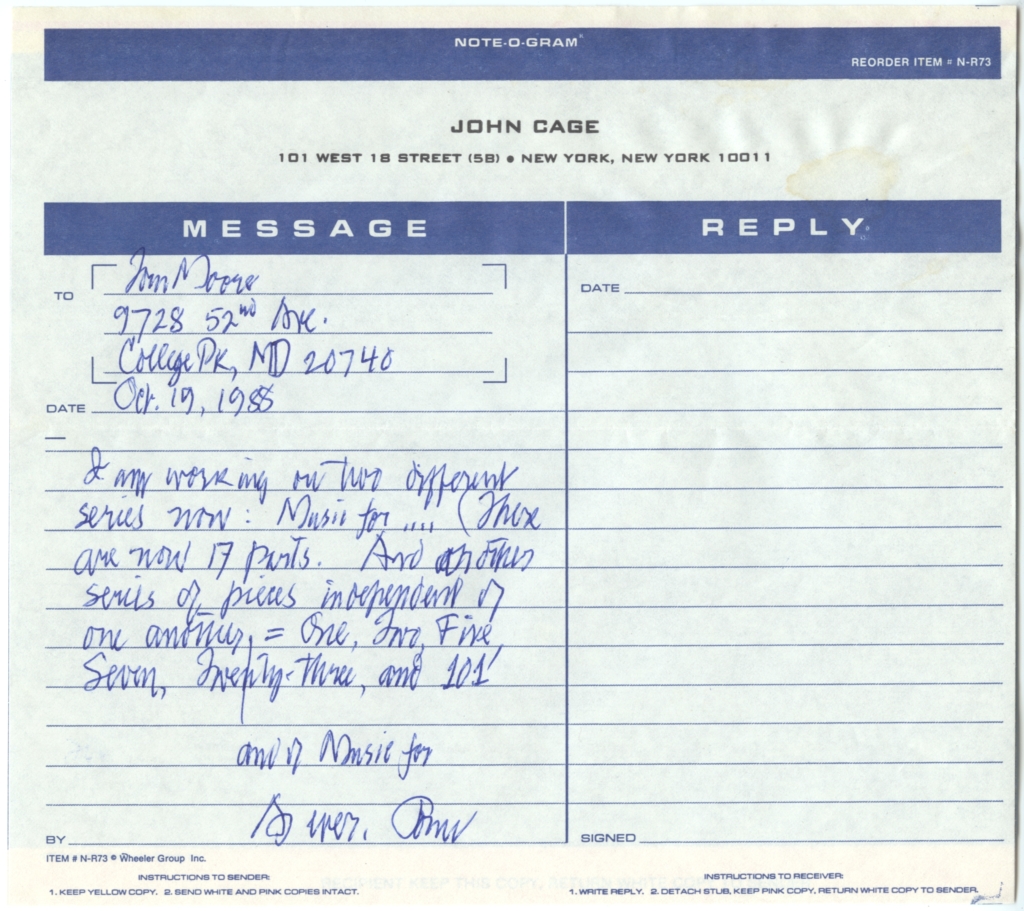 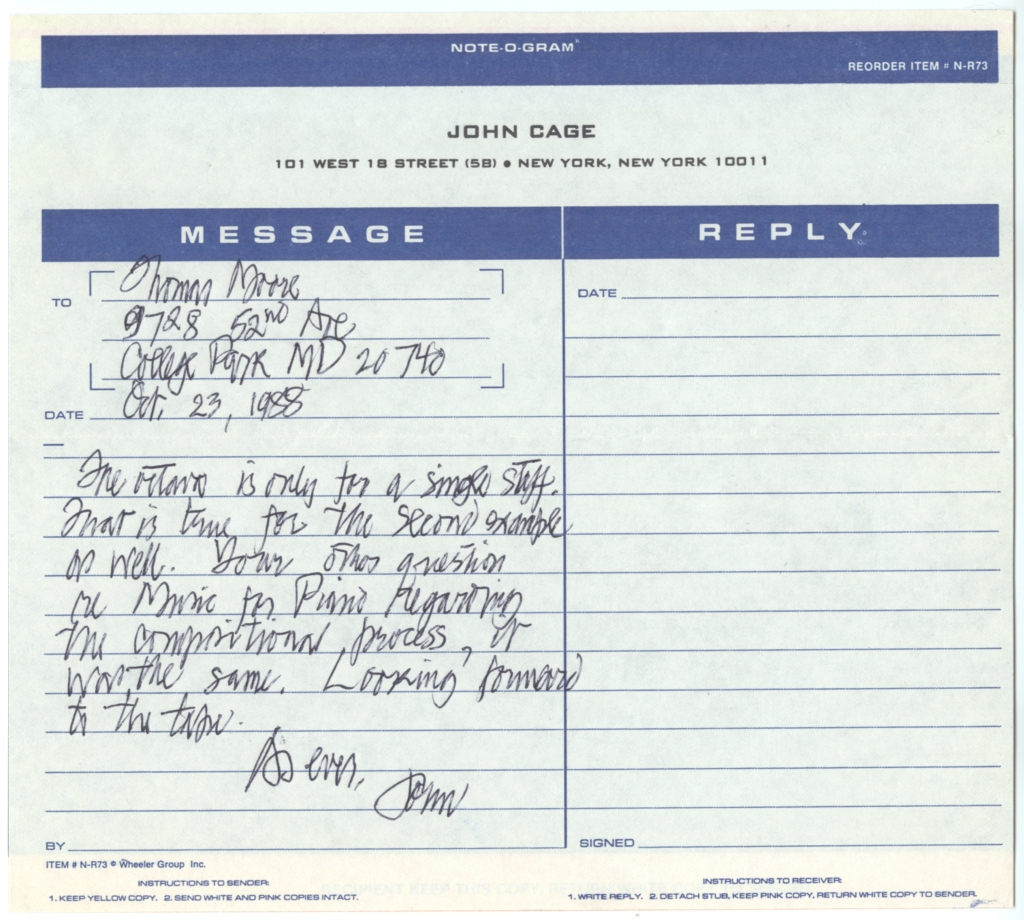 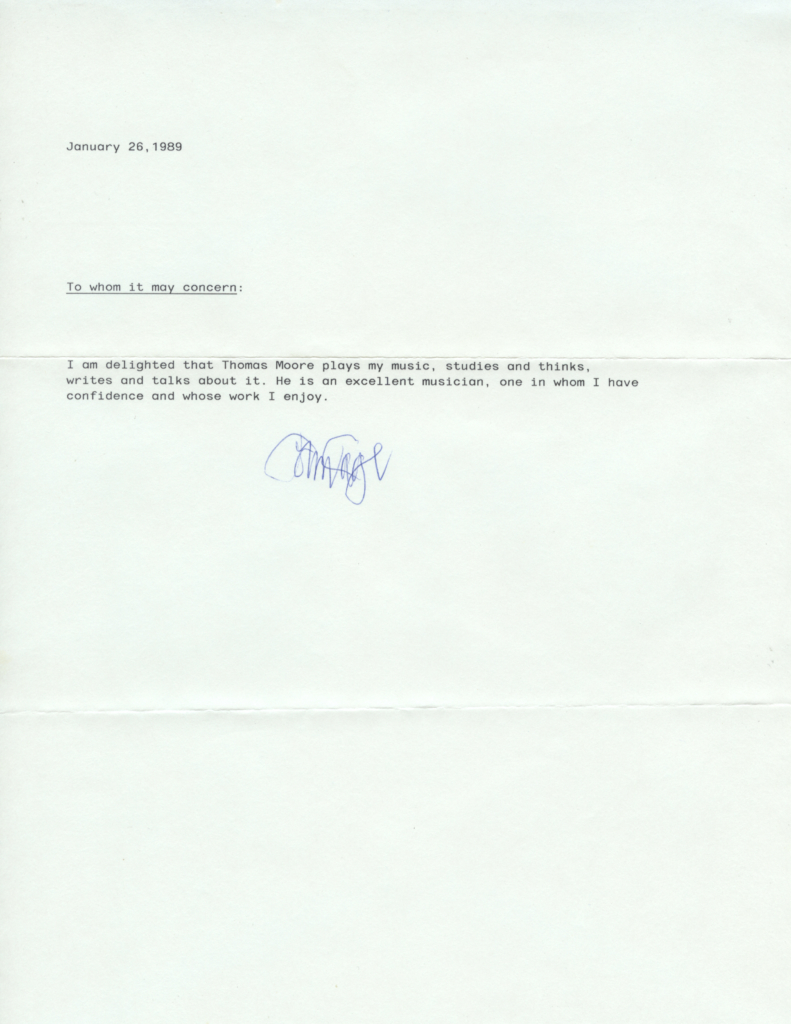 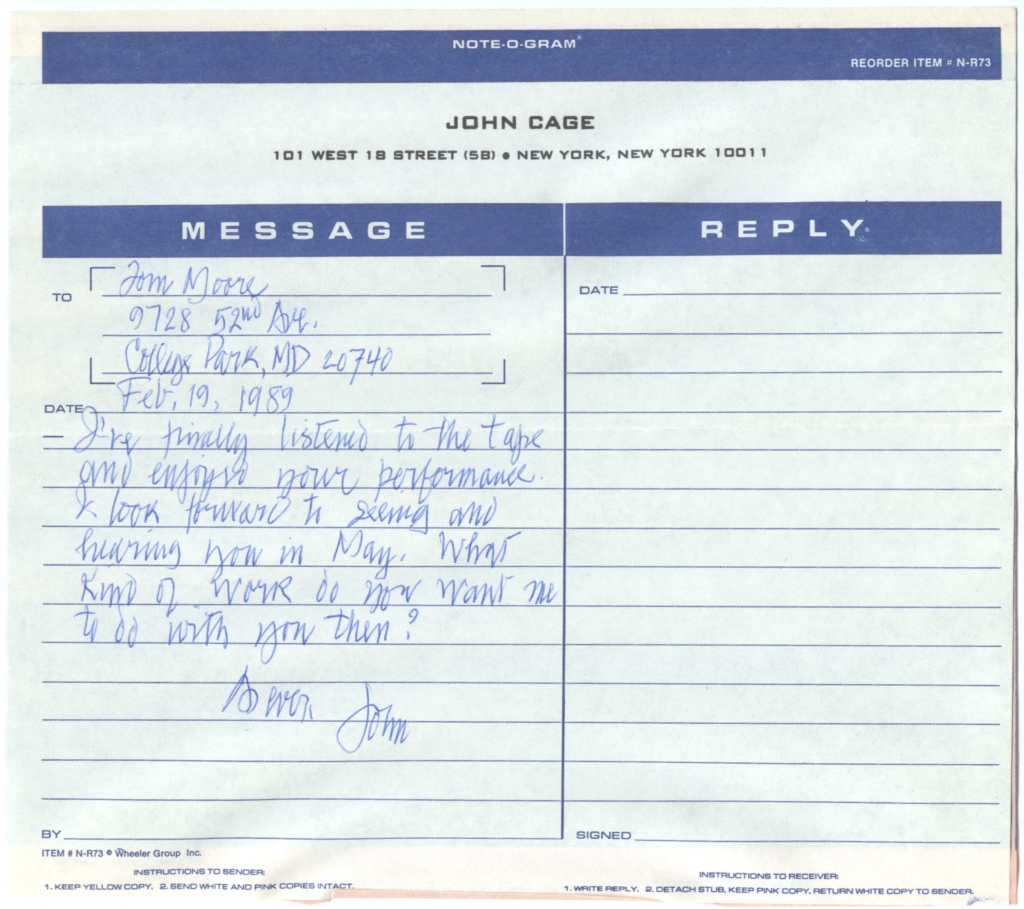 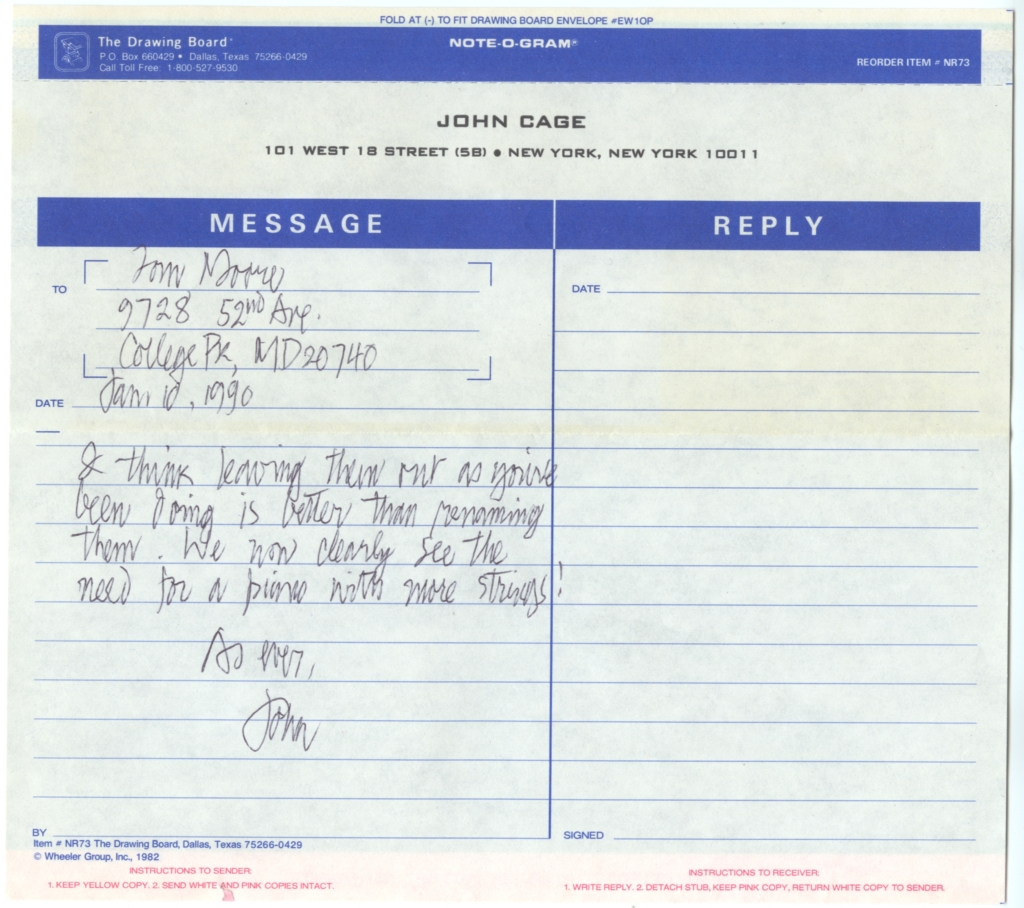 The above note was in reply to one of mine in which I showed John a couple places where notes in the Music for Piano series were off the keyboard. 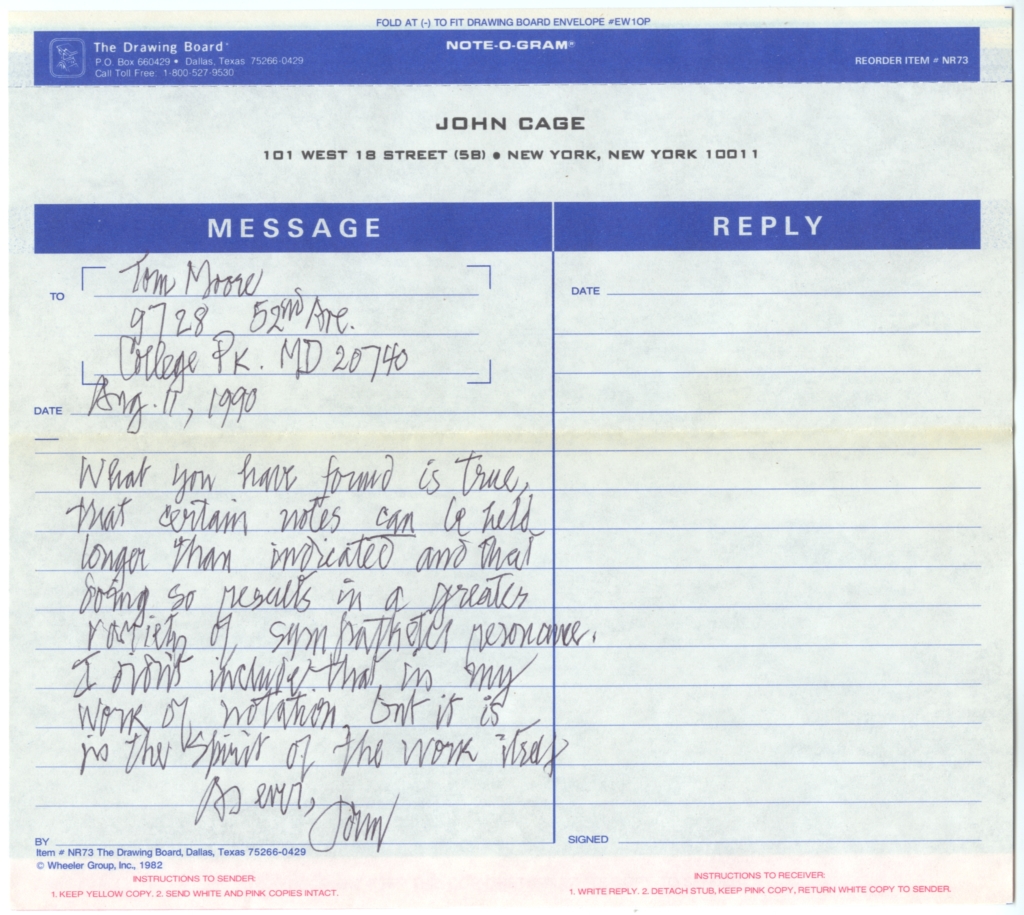 The above note was written in reply to a query about the Etudes Australes, in which I mentioned to John that sometimes it was possible to hold open notes beyond more than one closed note. 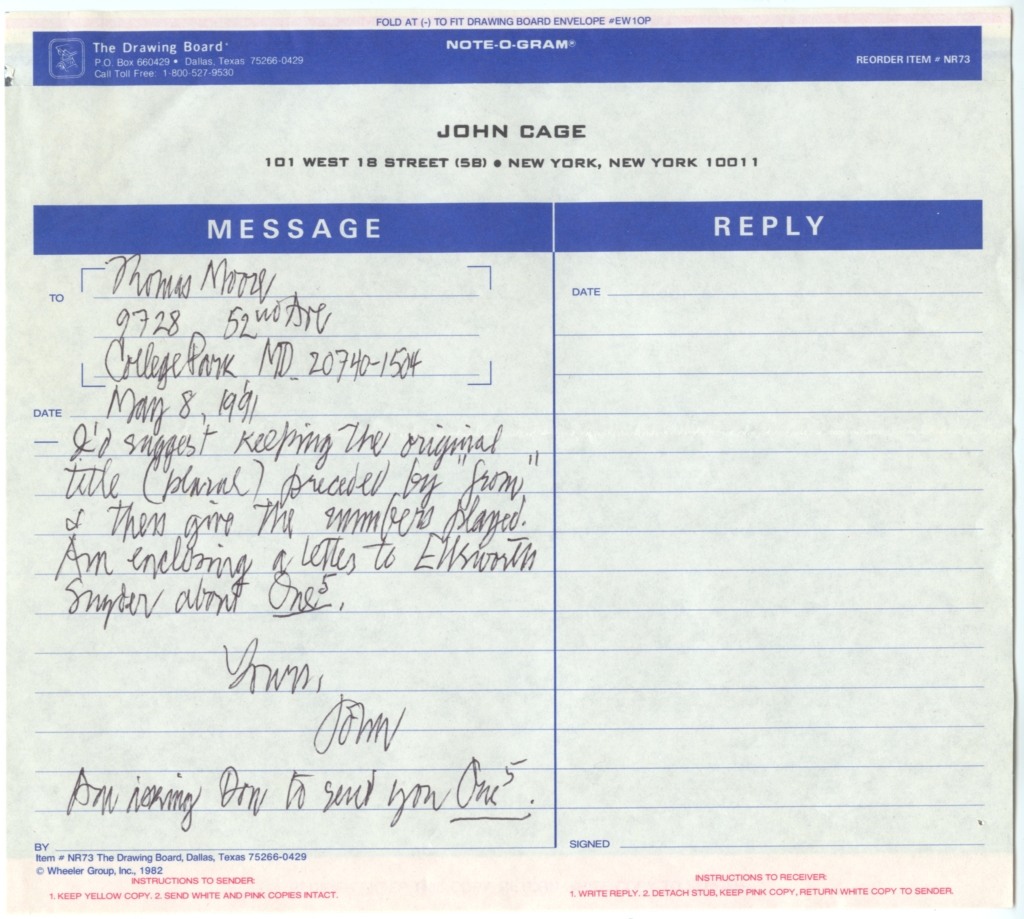 The first part of the letter above answers the question: If one plays several etudes from the Etudes Australes (for example, X, XIX and XXVI), how should one list them on a program? And if it’s a singular etude, would it be Etude [singular] Australes XXI?

The rest of the note was follow-up to an in-person conversation over tea. John mentioned that he had written a piece, One5, for Ellsworth Snyder, but that he hadn’t thought the piece worked when he heard Ellsworth’s performance. He said he had just sent Ellsworth the note below, which is so beautifully written: “I have had an idea about One5. I think it should be played hermetically (which I think you could do superlatively). That is, it should be basically inaudible. So that the actually inaudible, the silences, would be thick with sounds that are not heard or the sounds that are touched are the tips that project from a sea of silence. So that people listening would not be sure whether [or not, struck through] they were hearing anything. You would have to listen very hard. And fail to hear (the music).” I never had the chance to hear Ellsworth play the piece, but he and I did talk about it at length, and my favorite performance of it (to date, at least), was for a memorial event for Bob Dunn at Judson Church, with the sounds of street traffic coming through the door. 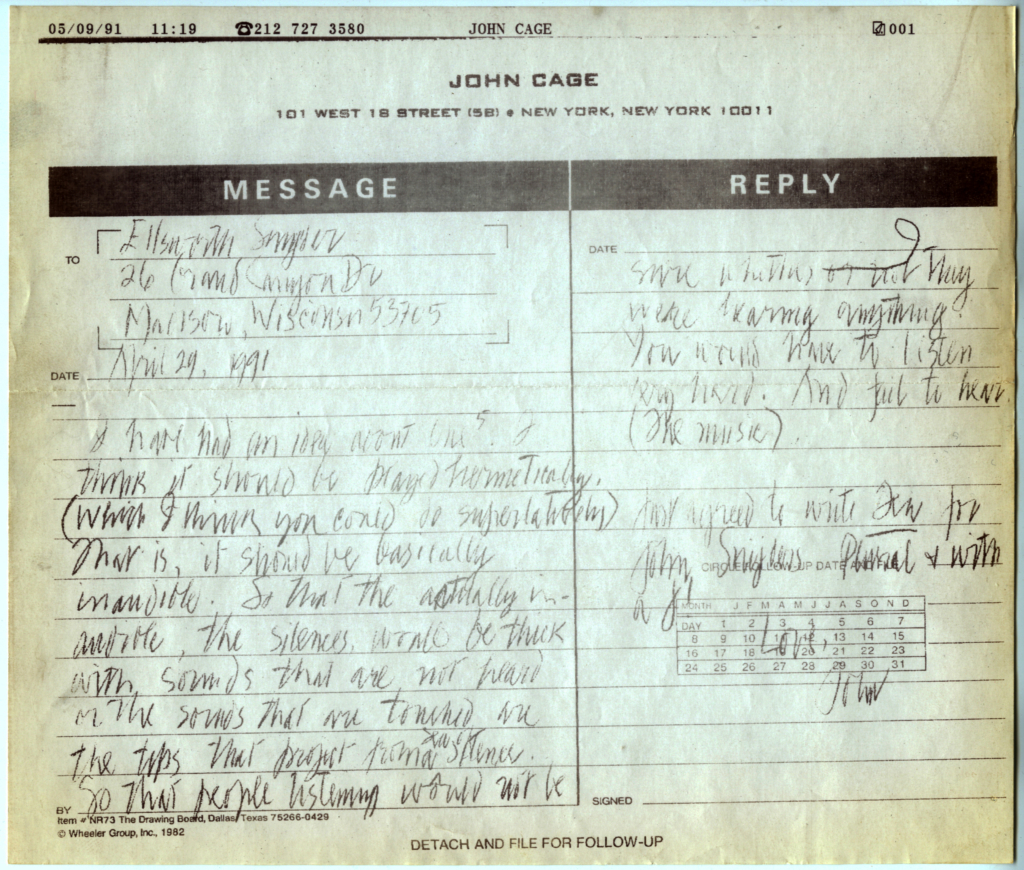