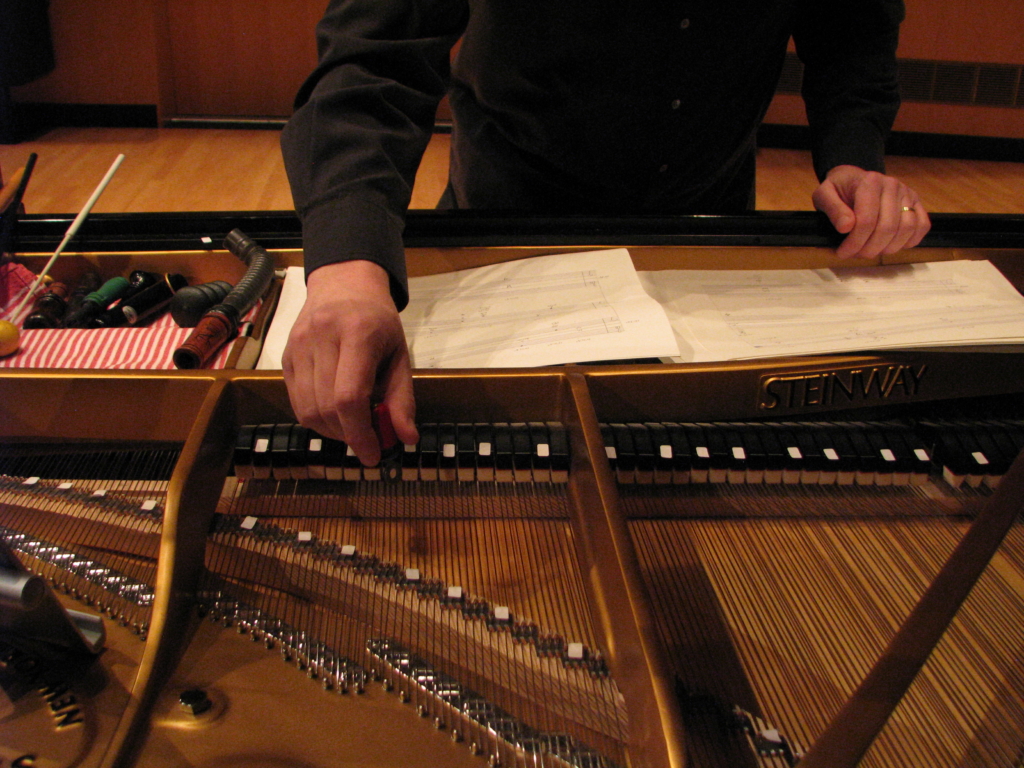 The Shorter Piano Works of Morton Feldman
Although Feldman’s lengthy works of his late career have gained notoriety, the composer produced many short piano pieces through the 1950s and 1960s.

Variations II Workshop
Designed for students at the undergraduate or graduate levels, a 90– to 120–minute workshop in which we develop a performance score for John Cage’s Variations II, followed by an informal performance.